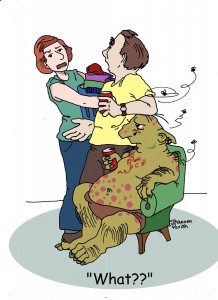 Our culture here is changing at a rapid pace. Technology has brought things right into the privacy of our homes, whereas before an individual had to walk into an adult bookstore, or a strip club. Now it is available on our smart phones. Our youth are involved with sexting and sharing nude images, and obviously it is not just youth–but politicians that have recently been in the news.

The statistics of those that are being caught by the ‘monster’ are staggering:

If you or members of your family have been affected by this monster, let us hear from you.