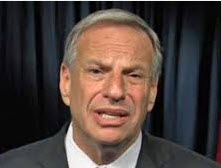 Mayor Filner of San Diego has sexually harassed women who worked for him. He hasn’t resigned, but he has agreed to go to treatment. Many would question whether or not harassment is a big deal. I just have one thing to say about that: to the women who were continually harassed under his supervision, it was a very BIG deal. To have to endure sexual innuendo in the workplace is an incredible stress. It is difficult to fathom what women have to deal with–jobs are not that plentiful these days, and having to put up with men sexually harassing them causes them to have to submit to all of the garbage that comes their way because they may fear losing their jobs.

I have read articles on line that says he will go to treatment, but there seems to be controversy over just what kind of treatment will be affective. Is he in denial that he has a problem? There is a different between remorse for his behavior and remorse that he got caught. What kind of courage did it take for these women to come forward, and how long had the harassment actually gone on?